Having in mind the world´s housing issue, Insell is developing modular housing solutions with precast modules and integrated energy and waste management technologies. The smart housing consists of modular precast elements of different sizes which are analyzed in BIM systems.

About 900 million people around the world live in slums, lacking access to adequate housing and by 2025 it is estimated that 1.6 billion people (a fifth of the world’s population) will lack access to secure, adequate, and affordable housing. In India and China, for example, roughly a quarter of the population live in slums, and in Africa, more than half of the population is trapped in substandard living conditions.

In parallel, the global constructing industry has a big productivity issue due to gaps in planning and delays in dissemination of information. Since 1995 the global average value-added per hour of the construction industry has grown at around a quarter of the rate in manufacturing. According to McKinsey Consultancy, no industry has done worse. If it continues at this rate, the industry will fail to deliver the infrastructure and housing the world needs. An estimated 36 million new housing units will be required in the 20 largest cities alone by 2025, which three-quarters of them in Asia.

One solution to these problems is to convert underutilized urban land for affordable and prefabricated housing or modular homes. This concept is increasingly growing in the building sector.

Compared to the conventional on-site building, the only difference is that the modular house is built by combining different prefabricated elements together. It is like playing Lego. Instead of building the house’s brick by brick, the modular house is divided into several sections first, which are built in an indoor factory and will, later on, be transported on site, and then is built by joining the separated sectors together. However, this takes us to a brand new era in terms of economy, contractors, residents and the environmental innovations.

From the air to the ground

It is not difficult to picture a typical construction site for a five floors building, which is quite common nowadays. Constructors working on the fifth floor, all the works being done mid the steep. Obviously, it is time-consuming to wait for the lift picking all the workers, parts, and building tools up and down, not even to mention the high risks for constructors to work aloft.

However, if the building can be divided into several different parts, and each part can be pre-built in the factory, then the majority of the building works are done on the ground. After the pre-building, the constructors just need to use trucks to lift the parts up and then joint all of them together. This not only transfers most of the work to the ground but also reduces the risk of constructors to the minimum level.

From vertical to horizontal

It is unavoidable that inside a building, some parts are located vertical and some are horizontal. It is the existence of those vertically operated parts that lower the building time and increase the building difficulties. If we want to fix two pieces of woods stable on the ceiling, one worker needs to hold the nail and put it into the concrete place, otherwise, the nail will fail down to the ground because of the gravity, while the other worker should hold the tools to nail them. Although, if we put all the parts horizontal on the ground inside the factory, one worker can easily manage them under the “gravity-free” situation.

As mentioned above, the main feature of prefabricated houses is that most of the planning and the construction work is done inside the factory, for instance, pre-building the divided parts. Consequently, the features of the indoor work are weather-free and temperature-free. Which means that no matter what is the season and weather outside, the temperature and humidity in the room are always constant.

Economically Friendly Solution
Concerning the previous case, we mentioned the increasing demands for houses. As the demand keeps growing, what can be done on the supply side?  Prefabricated housing could be an efficient solution. 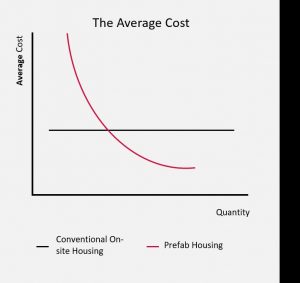 Figure 1: The Average Cost Comparison between Conventional On- Site housing and Prefabricated Housing

The economy of scale work on the prefabricated housing concept. In other words, during the building process of the modular houses, when the quantity is raising, the average cost is dropping, as figure 1 shows. Compared to the conventional on-site building, of which the average cost stays at the same level, the more prefabricated houses we build, the larger the gap is in terms of the total cost.

Apparently, this illustrates that prefabricated housing has the ability to lower the cost of buildings, which will lower the housing prices as well. The lower price, the shorter waiting period, both of them are good news for people in urgent need of a living place and are beneficial for the local economy.

Environmentally friendly Solution
As all of the prefab sectors are built inside the factory, the building dust, fragments, and other pollution can be well indoor controlled without being blown away by the wind, which will not cause the pollution diffusion into the air.

These three sections are the most important features for the prefab housing to lead the building trend by now. It is constructors-friendly, and also to some extents benefits the local economy and the local environment. This, on one hand, shortens the waiting period of future tenants, and on the other hand, provides the government efficient solutions to face the high demands of affordable housing. Whereas, we believe it is only the beginning of the prefabricated housing development process. It is now the time to think whether it is possible to expend these three features one step further?

The Future of Prefabricated Housing
One of the most incredible advantages of prefabricated housing is that it is free on design. For instance, converting the conventional ceiling to a large flat solar panel, or changing the building materials to more renewable ones can bring more green into the neighborhoods. Furthermore, we can even redesign the house to make them fit the water and waste management, such as decentralized generation system or biomass generation system.

If we keep going, we can then come to the questions that, does this only belong to the poverty area? Is it possible to merge the modular houses together with the local environment, such as central gardens? By thinking this way, we then build a link and a platform for the companies working on the building solutions and the green architecture in order for them to cooperate together.

Considering what the main reason for the housing scarcity is, building speed is one of the problems but the main one is that there is no more space in the city. Taking China, one of the fastest developing countries nowadays, as an example, wherever Beijing, Shanghai or Guangzhou, the cities have already reached their cap limitations. There is barely a place to build new buildings.

What could be considered as a solution? Some might come up with the idea that we could transfer the people flooding in, to the rural areas. This might be somehow practical, however, there is a more conventional method which is to build new cities or to expend the original city boundaries.

New cities should be a completely environmentally friendly cities. By being so, under the most ideal situation, the new city would not only help create new jobs, new living spaces, and accelerate economic development, but would diminish harm to the environment. Prefabricated housing, as the representative for sustainable buildings, will be widely used and perfectly matched with this new concept of the renewable city. Furthermore, we can encourage the neighbors in and near the modular houses to install applications like FixMyStreet and CitizenLab. This gives all the residents a chance to raise their own voice of suggestions for how to build or fix the streets on which they are walking every day. By encouraging the spread of new technologies will enforce communities to act smartly, be more structured, liveable and connected.

Insell is in the process of developing modular housing with precast modules with integrated energy and waste management technologies. The design consists of modular precast elements of different sizes which are analyzed in BIM systems to develop a cost-effective design, understand design conflicts and issues related to time, cost and on-site implementation.

House in the Era of Prefabricated Building

Events and conferences on smart buildings 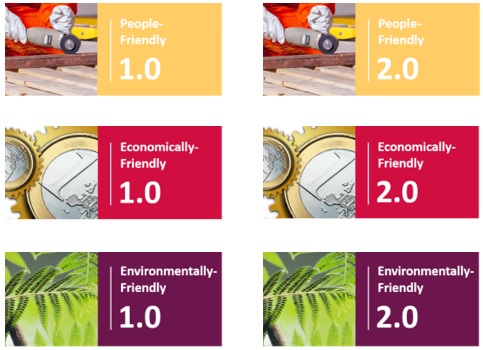